I was recently asked, “Can you think of any particular Bible passages that might help us think through the above question?” I answered as follows:

Paul seems to say, if your participation in something gives the unbeliever the impression that you condone something wrong, don’t do it.

Of course, loving the gay friend or family member is imperative, as well as showing love to their partner. And if your unbelieving friend or family member has an event that’s super special and meaningful to them, your presence at the event communicates that you care about them. I think that’s why most people find this to be a difficult question. Attending such a special event feels like a way of saying, “I love you.”

The question here though is, is it possible to attend a homosexual wedding ceremony without your very attendance implicitly acknowledging it as a wedding ceremony–which Biblically speaking it is not (a gay marriage is an oxymoron and not an actual marriage whatever the state says). In other words, you aren’t just attending an event which happens to involve a wedding you disagree with that you can somehow distance yourself from while remaining in attendance. The event itself *is* a wedding you disagree with. It’s comparable to the unbeliever in 1 Cor 10 saying, “This meat is offered to my god.” Can your attendance at an event that claims to be a wedding be perceived in any other way than you recognizing the event’s legitimate claims to be what it purports to be? In other words, is it possible to attend what others are calling a “wedding ceremony” while simultaneously saying, “But I don’t think that’s what I’m attending”? Then what are you attending, and why are you attending it? Or, is it possible to attend while making it clear to those around you, or at least those who know you, that you disapprove of what the very event you are attending claims to be?

Someone might respond, “But aren’t we all sinners? I wouldn’t not go to someone’s wedding just because they are a sinner.” Of course! But the issue with a so-called “gay marriage” isn’t that its participants are sinners. It’s true, every marriage involves sinners! The issue here, though, is that the “marriage” itself is sinful. 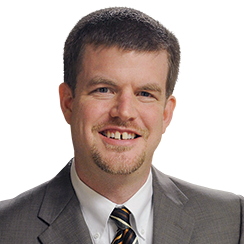 “Perhaps the best thing that can come out of the gay marriage decision is for the church to make a final break between our faith and our nation.”

In America, we have the amazing privilege of actually being a small portion of our government. But with this privilege comes the question of what we will do with the political movement that seeks to make homosexual marriage legal. Most conservative Christians would probably impulsively respond to this question by voting against laws to pass “gay marriage.” But let’s think through this, considering it is no light matter.

If homosexuality isn’t primarily a political issue but a spiritual one (see next point below), why should we be concerned with homosexuality on a political level at all? Isn’t it irrelevant whether homosexual marriage passes? If homosexuals already have the political right to practice homosexuality and live together with their homosexual partner, why should we disallow them from being seen as married in the government’s eyes? Are the said “government’s eyes” that important to us? There are several Christian moral standards that are not regulated by law for which Christians are not trying to push legislation (i.e., sex outside of marriage, lust, greed, using the Lord’s name as a curse word, homosexual practice, etc.) Is it the Christian’s duty to try to impose Christian ethics on others through the political realm? And if so, how do we determine which of our views we should seek to put into law as legal requirements? All of these questions are extremely good reasons not to immediately assume that we should vote against “gay marriage.”

END_OF_DOCUMENT_TOKEN_TO_BE_REPLACED

We must be extremely, purposefully, and intentionally sensitive, cautious, loving, and merciful as we deal with homosexuality. But we must also speak the truth without reservation. Although Paul was speaking directly to believers, I believe his instruction in Ephesians 4:15 is invaluable in this situation—”speak the truth in love.” Speak the truth—yes. But do so tastefully; don’t be cruel, rude, or a jerk about it. And more so, genuinely love the individual; seek their repentance and let that desire affect the way you converse with them.

This point is so important in our culture and at this point in our nation’s history. Eventually, once “gay rights” legislation passes and the history books are being written, they will write about the “gay rights movement.” And my personal belief is that these sections in our future textbooks will look a lot like the sections currently written on the civil rights movement. What’s my point? What I’m saying is that “homosexual intolerance” will be viewed at par with racism. But more so, I believe many people already view “homosexual intolerance” as equivalent to a sexual orientation version of racism. In other words, this matter demands absolute care and precision in our choice of words and actions.

END_OF_DOCUMENT_TOKEN_TO_BE_REPLACED

Straight up Christian, you shouldn’t be shocked by the fact that gay marriage is becoming legal. What grounds do you have to for being puzzled by this “spectacle”? Here’s a little secret–sinners sin. Therefore, don’t be blown away by the fact that the unregenerate/unsaved/ungodly world around us is living up to it’s name. Now, I’m certainly not saying that we excuse homosexuality. But my point is that if we would wake up from our amazed stupor, instead of spending our energy being stunned, we could be better able to actually deal with the issue, and deal with it Biblically.

Remember that Homosexuality Isn’t the Only Sin