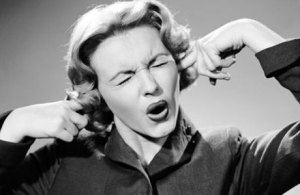 This first criticism is a great place for us to start, namely because throughout this series of articles I will be criticizing Fundamentalism and my goal is for Fundamentalists to receive the criticism well. However, Fundamentalism in general has been and is characterized by turning a deaf ear to criticism, by lashing back at its criticizers, and by simply wanting to be left alone regarding critique. That simply is not healthy.

I have a theory as to why Fundamentalists are this way. Fundamentalism, a movement about the defense of historic Christianity, has never been void of criticism. Interpreting the Bible literally, they are in a prime position to be slandered by a secular culture that denies scriptures authority. Being separatists, they are often criticized by those from whom they separate. And much of the criticism Fundamentalism has received was and is invalid.

However, much of the criticism, even if given in a wrong fashion and even if surrounded by invalid accusations, has been extremely truthful. Various groups within Fundamentalism have fallen into much practical error as well as theological error, to which criticism is due.

Further, there seems to be a tendency among some Fundamentalists to become prideful in their Fundamentalism. Now, I actually do not believe there is anything wrong for a Fundamentalist to believe that Fundamentalism “has it right” and that other groups that disagree with them are simply wrong regarding those disagreements. That might surprise some that I would say that, but why would one be a Fundamentalist if he believed another group was closer to the truth than Fundamentalism. That would be silly. However, with such a conviction that one “has it right” comes a caution: don’t get prideful as if you have arrived. This might burst your bubble (I jest), but Fundamentalism hasn’t arrived. Yet when some Fundamentalists are criticized, although they would never admit it, they seem to have this idea: “Don’t go there! Don’t touch! Don’t mess with us. We have things right. There simply is no room for improvement and certainly not correction.” When one gets this attitude, he becomes blind to his problems. For the sake of argument, if Fundamentalism had error, such a person wouldn’t be able to notice.

Again, I conclude by saying I know full well that this does not describe all of Fundamentalism. However, for that part of Fundamentalism to which it does apply (if you’re a Fundamentalist and are offended by this it might be you), I think learning to embrace all criticism, whether valid or invalid, is an essential step in Fundamentalism becoming what it was intended to be.

See all “What Fundamentalism Must Do to Survive” posts.