“We believe that election is the eternal purpose of God according to which he effectually regenerates, justifies, sanctifies, and glorifies sinners, not on the basis of anything foreseen in them, but solely based on his free and sovereign grace. We believe that this election comprehends all the means connected with its end such that the salvation of all who trust in Christ is guaranteed, that by God’s unfailing grace all genuine believers will persevere in faith unto full and complete salvation.” – SCC Statement of Faith 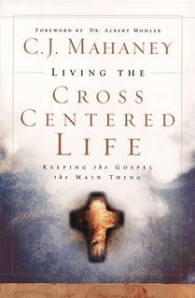 I just recently read and completed this book. Its main thesis is that the Gospel is not something believers should “move on” from after conversion. Instead, Christians should seek to grow in deeper love with the Gospel everyday and allow its reality to affect every aspect of who they are and the way they live. This excerpt from the book seems to summarize its main theme rather well:

I can hear you asking, ‘But don’t I need more than the cross?’

In one sense, the answer is no. Nothing else is of equal importance. The message of Christ and Him crucified is the Christian hope, confidence, and assurance. Heaven will be spent marveling at the work of Christ, the God-Man who suffered in the place of us sinners.
END_OF_DOCUMENT_TOKEN_TO_BE_REPLACED

The Bible explicitly speaks about predestination, and therefore, the doctrine is undeniable. However, many disagree on how to interpret its meaning. One view in particular believes that God predestines to salvation all He foreknows will believe on Him. This view is commonly called conditional election because it states God chooses (elects) individuals to be saved based upon (conditioned upon) their foreknown future belief. It makes election conditional on man’s will in essence. The main text used to support this view is Romans 8:29.

Romans 8:29 – For those whom He [speaking of God] foreknew He also predestined to be conformed to the image of his Son, in order that he might be the firstborn among many brothers.

From simply reading this verse, it is very possible to make the assumption that God’s predestining is based on His foreknowledge of people’s future faith in Him. However, I feel that the very next verse (v. 30) is vital to a proper understanding of what verse 29 is truly saying. Verse 29 by itself is an unfinished thought in many senses.
END_OF_DOCUMENT_TOKEN_TO_BE_REPLACED