This was an excellent lecture. Russell Moore, as always, nails it.

Can the Religious Right Be Saved? Presented by Russell D. Moore from First Things on Vimeo.

Russell Moore just wrote a piece on the declining number of those in America identifying themselves as Christian.

He responds, “Good!” These tweets sum things up quite well:

Here are some key statements from his piece:

The number of Americans who identify as Christians has reached an all-time low, and is falling. I think this is perhaps bad news for America, but it is good news for the church.

Christianity isn’t normal anymore, and that’s good news. Only a strange gospel can differentiate itself from the worlds we construct.

We don’t have Mayberry anymore, if we ever did. Good. Mayberry leads to hell just as surely as Gomorrah does.

The future of Christianity is bright. I don’t know that from surveys and polls, but from a word Someone spoke one day back at Caesarea Philippi.

The problem was that, from the beginning, Christian values were always more popular than the Christian gospel in American culture. That’s why one could speak with great acclaim, in almost any era of the nation’s history, of “God and country,” but then create cultural distance as soon as one mentioned “Christ and him crucified.” God was always welcome in American culture as the deity charged with blessing America. But the God who must be approached through the mediation of the blood of Christ was much more difficult to set to patriotic music or to “amen” in a prayer at the Rotary Club.

In my experience (and my experience may not be reflective of reality more generally) I’ve found that this theme is readily apparent to many Christians in my generation (millennials) but is much more difficulty grasped or accepted by Christians of older generations who lived more of their lives in an environment in which this “Christian America” idea was pervasive.

However much this idea of a “Christian America” with its corresponding form of “Christianity” (i.e., the civil religion of Jean-Jacques Rousseau and enlightenment thought that gave birth to the “American experiment”) may have helped to keep America in moral check to some degree (and in some less than satisfying sense), I’m afraid it did the opposite to the nature of Christianity and people’s perception of the Gospel–it skewed them. 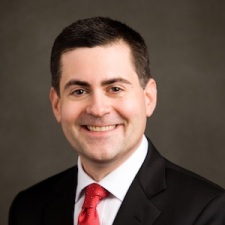 Russell Moore, of ERLC, made this statement about the Eric Garner Case:

I’m stunned speechless by this news. We hear a lot about the rule of law—and rightly so. But a government that can choke a man to death on video for selling cigarettes is not a government living up to a biblical definition of justice or any recognizable definition of justice. We may not agree in this country on every particular case and situation, but it’s high time we start listening to our African American brothers and sisters in this country when they tell us they are experiencing a problem.

For those of us in Christ, we need to recognize that when one part of the Body of Christ hurts, the whole Body of Christ hurts. It’s time for us in Christian churches to not just talk about the gospel but live out the gospel by tearing down these dividing walls not only by learning and listening to one another but also by standing up and speaking out for one another.

Looking forward to preaching Hebrews 2 tomorrow morning — Sharing Our Flesh; Tasting Our Death. - #Hebrews2 #Jesus #Incarnation #Death #Resurrection #Christ #Advent #Christmas #Athanasius @crosswaymilwaukee
I was able to publish an article in the most recent issue of Didaktikos: Journal of Theological Education. : The article is simultaneously a reflection on the transformative nature of God's self-revelation, as well as a tribute to my former professor, Scott Manetsch, who personally embodies this theology. : #Didaktikos #Theology
“Prayer is communion with a transcendent and immanent God who on the ground of his nature and attributes calls forth all the powers of the redeemed soul in acts of total adoration and dedication.” - Arthur Bennett #Prayer #Quotes #ValleyOfVision
“Theology is nothing less than the ministry of reality.” - Kevin Vanhoozer #Theology #KevinVanhoozer #Quotes
My Tweets