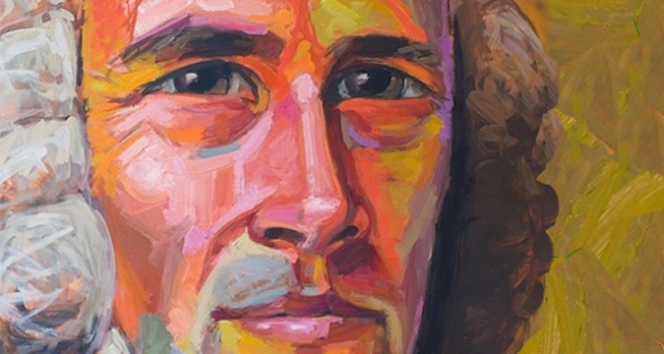 “That religion which God requires, and will accept, does not consist in weak, dull, and lifeless wishes, raising us but a little above a state of indifference. … In nothing is vigour in the actings of our inclinations so requisite, as in religion; and in nothing is lukewarmness so odious.” (I.II.1)

“If the great things of religion are rightly understood, they will affect the heart. The reason why men are not affected by such infinitely great, important, glorious, and wonderful things, as they often hear and read of in the word of God, is, undoubtedly, because they are blind; if they were not so, it would be impossible, and utterly inconsistent with human nature, that their hearts should be otherwise than strongly impressed, and greatly moved by such things.” (I.III.1)

“God has given to mankind affections, for the same purpose as that for which he has given all the faculties and principles of the human soul, viz. that they might be subservient to man’s chief end, and the great business for which God has created him, that is, the business of religion. … Where are the exercises of our affections proper, if not here? what is it that more requires them? and what can be a fit occasion of their lively and vigorous exercise, if not such as this? Can any thing be set in our view, greater and more important? any thing more wonderful and surprising? or that more nearly concerns our interest? Can we suppose that the wise Creator implanted such principles in our nature as the affections, to lie still on such an occasion as this?” (I.III.3)

“The devil does not assault the hope of the hypocrite, as he does the hope of a true saint. The devil is a great enemy to a true Christian’s hope, not only because it tends greatly to his comfort, but also because it is of a holy, heavenly nature, greatly tending to promote and cherish grace in the heart, and a great incentive to strictness and diligence in the Christian life. But he is no enemy to the hope of a hypocrite, which above all things establishes his interest in him. A hypocrite may retain his hope without opposition, as long as he lives, the devil never attempting to disturb it. But there is perhaps no true Christian but what has his hope assaulted by him.” (II.XI)

“It is not God’s design that men should obtain assurance in any other way, than by mortifying corruption, increasing in grace, and obtaining the lively exercises of it.” (III.2)

“The only certain foundation which any person has to believe that he is invited to partake of the blessings of the gospel, is, that the word of God declares that persons so qualified as he is, are invited, and God who declares it, is true and cannot lie. If a sinner be once convinced of the veracity of God, and that the Scriptures are his word, he will need no more to convince and satisfy him that he is invited; for the Scriptures are full of invitations to sinners, to the chief of sinners, to come and partake of the benefits of the gospel. He will not want of God any thing new; what he hath spoken already will be enough with him.” (III.I)