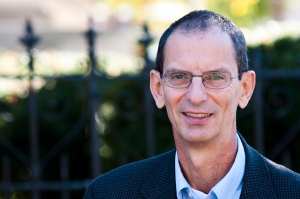 While reading Thomas R. Schreiner’s “Does Romans 9 Teach Individual Election Unto Salvation? Some Exegetical And Theological Reflections” I ran across this subpoint in which he makes some good refutations against the concept of corporate election–the idea that God has elected to salvation a corporate entity (i.e., the Church) as opposed to individuals. I hope that you will find his argument thought provoking and beneficial.

To say that election involves the selection of one group rather than another raises another problem that warrants an extended explanation. Most scholars who claim election is corporate argue that personal faith is the ultimate and decisive reason why some people are saved rather than others. Calvinists, on the other hand, assert that faith is the result of God’s predestining work. But those who opt for corporate election think that they have a better conception of election than Calvinists, and at the same time they can maintain that faith is what ultimately determines one’s salvation. Now it seems to me that there is a flaw in this reasoning that is fatal to those who espouse corporate election. If God corporately elects some people to salvation, and the election of one group rather than another was decided before any group came into existence (9:11), and it was not based on any works that this group did or any act of their will (9:11–12, 16), then it would seem to follow that the faith of the saved group would be God’s gift given before time began. But if the faith of any corporate entity depends upon God’s predestining work, then individual faith is not decisive for salvation. What is decisive would be God’s election of that group. In other words, the group elected would necessarily exercise faith since God elected this corporate entity.